This event is organised by Adra City Council every year to highlight the cultural heritage of the city. It highlights the main monuments are open to the public with representations of past eras, full of characters related to the history of the locality. 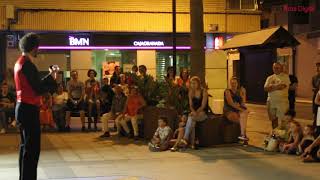 The Three Wise Men march every January 5 through the streets of the city to fill them with life, joy and enthusiasm. The little ones enjoy the traditional cavalcade and the visit of the Royal Postman, who collects letters of requests written by the children.

The municipality of Adra celebrates its Carnival celebrations in February in honour of Don Carnal. It is a celebration that fills the colourful streets every year with feathers and streamers, and holds the traditional contests of “murgas” and “comparsas”. 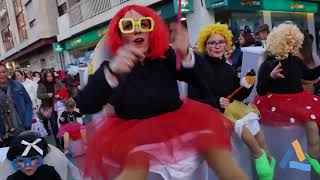 Adra begins Passion Week with a representation by a hundred men and women of the death and resurrection of Jesus, which is held in the Saint Sebastian Hermitage as a prelude to Palm Sunday. This is followed by the Procession of the Palms to mark the end of Lent. 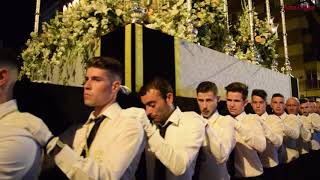 The festival of Saint Mark the Evangelist is an agricultural celebration in which the Saint is thanked for the good harvest of the year. April 25 begins with the distribution of blessed donuts in the vicinity of the church, and continues with a traditional mass and the offering of fruits and vegetables. 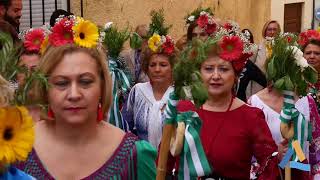 For several days, the townspeople adorn the streets of the city with original crosses that compete in the traditional municipal contest, which judges aspects such as ornamentation, craftsmanship, beauty, detail, or fidelity to the traditions of Adra. Various collectives and educational centres participate in the contest.

Saint John Night is celebrated in Adra on June 24 with fire and water. There is the burning of the official thematic bonfire that is accompanied by live music and popular party. These pyrotechnics are the setting for the most magical night of the year in Adra.

Every July 16 the seafaring town of Adra celebrates the Feast of the Our Lady of Mount Carmel, patroness saint of sailors. This begins several days of numerous acts of playful and religious activities that involve neighbours, fraternities and brotherhoods. 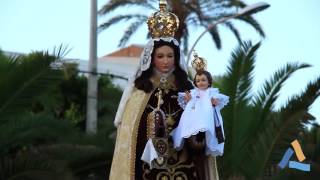 The Adra Fair is an important event in the province of Almeria, and is considered to be the second most important event in the area. The Big Week is celebrated in the first half of September and is a festivity in which the city of Adra venerates its patrons, the Virgin of the Sea and Saint Nicholas of Tolentino.


Saint Sebastian. The district of the Saint Sebastian Hermitage of Adra celebrates its patron saint every year in the second half of January. This is when the traditional mass takes place, followed by a procession around the Hermitage and then a popular food event and festival.

Saint Lucia. At the beginning of May each year, the districts of El Trebolar and Barranco Gurrias celebrate with a party in honour of Saint Lucia. The party lasts for two days and features the traditional dancing and singing of Alpujarra. Events include humorous kidnappings and robberies, as well as religious acts and popular meals, in which there is no lack of the traditional buñuelos with chocolate.

Virgin of Fatima. The neighbourhood of Fuente del Ahijado celebrates the last weekend of May with the Feast of the Virgin of Fatima in honour of its patroness saint. This is when neighbours celebrate numerous co-operative activities and public performances, as well as religious acts, each with their corresponding mass and procession.

Saint Anthony. In the first half of June, the Puente del Rio neighbourhood celebrates the festivities of Saint Anthony in honour of Saint Anthony de Padua and the Virgen del Rio. There are celebrations of religious and leisure activities for the whole family, among which are many games, contests and races, as well as costumed characters and a chariot parade. The festive day includes a midday fair with amusement stands, which is inaugurated and closed with the Holy Mass and the traditional procession.

Virgin of the Vega. The neighbourhood of La Curva celebrates every first weekend of July with a festival in honour of the Virgin of the Vega. It is a celebration full of activities that includes a children's program for the little ones. The local celebration begins with the Holy Mass and a reading of the proclamation, after which there is a festival in which there is no lack of dancing and singing at the midday fair. It is a day that features lots of children's attractions, numerous games and competitions, as well as the traditional foam party.

La Caracola. The neighbourhood of “La Caracola” celebrates its festival in the first weekend of August. The residents organise a series of recreational activities for the whole family. The festivity starts with the opening of the midday fair, followed by celebration of the popular party and music performances.

Virgin of Sorrows. During every second weekend of August, the neighbourhood of Guainos celebrates with festivities in honour of its patroness saint, the Virgin of Sorrows. There is a program of activities loaded with games, competitions and races. There are also musical performances, parades and popular parties with the opening of the traditional midday fair. In addition, there are religious acts that include the Holy Mass and the procession of the patroness saint through the streets of the neighbourhood.

Virgin of the Anguishes. In the last weekend of August, the neighbourhood of La Alqueria celebrates with a party in honour of its patroness saint, the Virgin of the Anguishes. It is a playful day in which there is no shortage of musical performances, dancing, convivial activities and popular meals at the typical midday fair. The festivity closes with religious acts in the mass dedicated to the patroness, followed by a procession that features a traditional recreation of the battle between Moors and Christians.