The ancient city of Bayyana was located in what is now Pechina, a town on the banks of the Andarax river.

The region began being occupied by the Muslims in the year 713, mainly by Berber and Yemeni Arab populations, who imposed new agricultural systems that changed the landscape of the area.

In Pechina, a coastal settlement and a watchtower were created. The village was given the name of Al Mariyyat Bayyana.

The origin of Almeria

The moment of greatest splendour of Bayyana was between the 9th century and the middle of the 10th century. At that time, the town was walled and a defensive fortress was built. Its strategic location allowed the creation of a large port, giving birth to the Maritime Republic of Pechina. 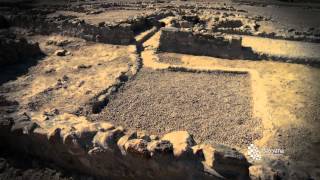 When Almeria was founded in 955, Bayyana declined. By the 11th century, Almeria was already more important, becoming the new settlement of the caliph and being endowed with a major mosque and a very busy port, which over time would be the most important commercial port in all of Al-Andalus.

The importance of Almeria was so great that it was the second most influential city in the Iberian Peninsula, behind only Cordoba. The Alcazaba of Almeria was ordered to be built to defend itself from the threat posed by the Fatimid Caliphate, coming from Tunisia.
This Alcazaba became the largest Islamic fortress in Europe, at 43,000 square meters, where a military detachment of up to 20,000 men could fit.

Part of this history can be seen today at the Bayyana archaeological site, where numerous artifacts, including coins, were found, and where excavations continue in search of more details about the origins of the magnificent city of Bayyana. 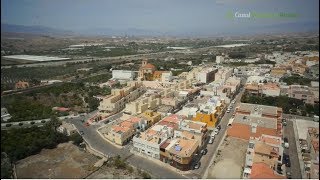 So far, several structures have been discovered, including an old cemetery and wide, straight avenues that allowed the city to be separated into three well-defined areas.

Several houses were also found, whose different architectural styles, added to the rich decoration found, confirm that Bayyana was not only an important commercial centre, but also a city of great craftsmen. In fact, an area where ceramics, glass and pottery products were produced was also discovered.
Another outstanding area is the space where the burials were done. The tombs are oriented towards Mecca and are demarcated by walls.

To learn more about this ancient city and its population, you can visit the Bayyana Interpretation Centre, which shows how the inhabitants lived between the 8th and 14th centuries.

In the interpretation centre, you can see a recreation of two of the houses excavated at the archaeological site. In this way, you can learn about the spiritual life of those who lived there.
The best Tours & Activities in the province of Almeria