The writer, poet, and educator Celia Viñas Olivella was born in 1915 in Lleida, where she completed her primary studies. Later, she went to the Autonomous University of Barcelona, graduating in Philosophy and Letters in 1941.

Political circumstances led her to the city of Almeria, where she arrived in 1943, joining the only secondary school in the city (currently the School of Arts). There, she remained until 1954, the year when she died at only 39 years old. During these 11 years, the deployment of activities carried out in Almeria that transcended the classroom and impacted the city and its population led to her being recognized as the person with the greatest cultural, pedagogical, and social influence in the province of Almeria in the 20th century.

The strength of her convictions and the clarity of her responsibility in her role as a pedagogue were used in each of the activities she undertook. Celia Viñas sowed the classroom with enthusiasm and illusions, always ready to make all kinds of efforts to stimulate her students and capture their attention.

She was ahead of her time in many ways and did not let the post-war atmosphere stop her. Always faithful to her principles, she believed in freedom as the distinguished condition of the human being and in the great truth of life: love. To achieve both, she proposed making all the necessary efforts and sacrifices.

Tolerant of criteria that adversely affected her, Celia Viñas was clearly and openly rebellious in the face of injustice.

The works of Celia Viñas

In her writings, authenticity and beauty are combined and she cultivated various literary genres. 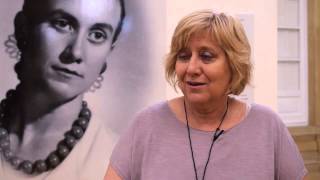 There is also a compilation of her articles in De esto y eso (1995), and her incomplete novel, La Peregrinita, remains unpublished.

The publication of her innumerable letters—which are beautiful pieces of great value and interest due to their literary beauty and the detailed, daring description of Almeria society in those years—is being planned.

The influence of Celia Viñas Olivella was decisive in the lives of several generations of children and young people who had the opportunity to attend her chair. Transcending the classroom, her personality marked the entire community, for which Almeria city has given her sincere and deserved acknowledgments.