Anyone who has had the opportunity to hear the sound of a Torres guitar knows its resonance, clarity, and definition, as Antonio de Torres Jurado was its creator. Today, it is a must-see reference.

He was born on June 13, 1817, in the Almeria neighbourhood of “La Cañada de San Urbano”. He was a guitarist and carpenter and could modify the forms of construction of his time, experimenting and successfully developing his own personal guitar construction system, achieving an instrument superior to existing ones.

His instruments, praised and recognized by great guitarists such as Francisco Tarraga, Federico Cano, Julian Arcas, and Miguel Llobet, among many others, lead us to consider Antonio Torres Jurado as the luthier who has most influenced the construction and configuration of the Spanish guitar as it is known today, both flamenco and classical. 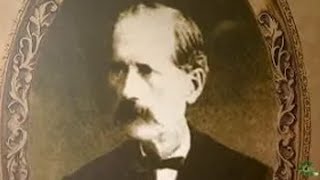 His model is the most appropriate for concert guitar, laying the foundations for the making of this type of guitar.

Many scholars of the history of Spanish music point out that there are indications that lead them to believe that when he was very young, Antonio de Torres Jurado had the opportunity to meet and learn to play guitar with the famous Dionisio Aguado.

In any case, also quite young, in 1835, he started in the carpentry trade as an apprentice.
He faced many calamities: He married and had four children, three of whom died. Later, his wife also died after a relationship that lasted 10 years. Many years later, he would remarry and have four more children.

The influences of Antonio de Torres

Antonio de Torres Jurado lived for a time in Granada, where it is believed he perfected his mastery of wood in the workshop of Jose Pernas, a well-known guitar maker of those years.

This idea is reinforced by the resemblance of the heads of the first Torres guitars to those of Pernas.

He also spent time in Seville, according to an advertisement in the local press in 1853. There, he offered his services in his workshop as a guitar maker.

In a handicraft exhibition held in that city in 1958, he obtained a medal, which brought him popularity and fame as a good luthier. 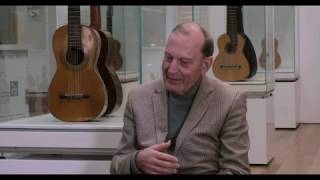 Likely, Antonio de Torres Jurado moved in those years between Almeria and Seville, as there is a Torres guitar that indicates that it was made in Almeria in 1852. There are also guitars dated 1884, such as the one called “La Invencible”, which has Almeria as its place of manufacture.

However, his permanent return to Almeria took place in 1870, according to the records of trade and economic activities of the city, as he acquired a property where porcelain and glass pieces were sold. There are reasons to assume that he focused on the construction of guitars from 1875 until 1892, when he died.

In Almeria, the Antonio de Torres Jurado Spanish Guitar Museum was created on December 20, 2013, in honour of this famous creator of contemporary guitar.