Game of Thrones scenarios in Almeria

The province of Almeria is famous for having been the perfect location for hundreds of high and low budget films.

Game of Thrones, the famous series based on the books of George R.R. Martin, who has captured the attention of millions of fans around the world, has also had footage made in this beautiful province.

During 2015, the production team and several actors from the program settled in Almeria to record what would be the 6th season of the famous series.

Those in charge of the series indicated that in the case of Almeria "their selection was made thanks to all its semi-desert landscapes", which in the past has served to make Almeria the scene of western films or films depicting the desert landscapes of the Arab world.
However, the semi-desert environment is not the only reason why Almeria was selected for the recording of several episodes of the 6th season of Games of Thrones. The fantastic natural lighting and exceptional climate are also a factor, compared to other locations that offer the same semi-desert backgrounds.

The same scenery was used in the past to shoot films including Cleopatra, The Good, The Bad and the Ugly and Exodus: Gods and Kings, among others, which have served as inspiration to record important scenes from the Game of Thrones saga.

Game of Thrones in Almeria

About 500 people participated in the recordings of Games of Thrones in Almeria, enhancing its touristic value and increasing the number of visitors to this province.

The recordings have managed to increase the popularity of areas such as the Sierra Alhamilla, which was already popular in Spain and abroad.

Hundreds of fans of the series visit Almeria with the hope of seeing the places where artists like Emilia Clarke recorded the most epic scenes of the award-winning series. 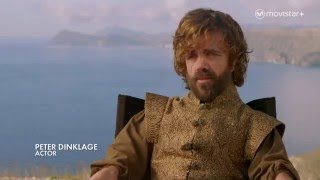 The experience of filming Game of Thrones in Almeria has been so fantastic, both for the producers of the series and for the province, that the shootings were extended and these same locations were selected to film the scenarios during the 7th season of the series.

Game of Thrones in Spain

Throughout its filming, the Game of Thrones creators have selected hundreds of locations around the world to recreate this successful series.

However, Spain has been privileged to provide several places in which the series has had the opportunity to recreate wonderful places of other times.

Almeria has undoubtedly been one of the favourite sites for the producers and directors of the series, but recordings have also been made in Gijon, Cordoba, Sevilla, Guipuzcoa, Vizcaya and Barcelona, among others. 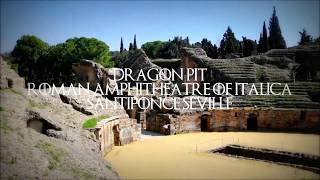 This has been due to the large number of medieval constructions in Spain which together with the fantastic climate and spectacular landscapes, have captivated the producers of Game of Thrones.

It is worth mentioning Santa Florentina Castle in Barcelona, Bardenas Reales Natural Park, the Alcazaba in Almeria, Peñiscola in Castellon, Zafra Castle, the Real Alcazar in Sevilla, the Osuna Bullring, among many others: all these are locations in which recordings of the successful series have been made.
And no wonder; Spain has beautiful natural locations and very well preserved old buildings, all with impressive touristic and historical qualities, which have been greatly popularised thanks to the filming that has taken place in this little paradise.