Delicious typical dishes of Almeria (I)

The people of Almeria consume large quantities of fish and seafood, as well as a multitude of vegetables and legumes. Not in vain is our province on the edge of the Mediterranean Sea and it has the pride of being considered "the orchard of Europe". In addition, the use of poultry and game meat is widespread.

The cuisine of Almeria is influenced by Mediterranean cuisine with a strong Arab influence. If you want to know more about this delicious and varied gastronomic culture, you must try the most delicious dishes of the province of Almeria. 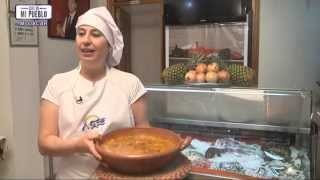 Gurullos are a type of small pasta that is prepared basically with flour and water. This dish is a example of the influence of Arab cuisine on the local cuisine.

These are accompanied by rabbit and potatoes; some variations of this dish include beans, chickpeas and broad beans, which provide a complete and delicious meal.

In the coastal area of Almeria, the gurullos are usually accompanied by octopus or cuttlefish.

Poor potatoes are a simple but very tasty dish. It is nothing more than fried potatoes cut into slices that are served accompanied by peppers, onion or garlic. It is common to serve them with chorizo, ham or as a most popular choice, accompanied by eggs.

Although the original recipe did not include the incorporation of proteins because of the high cost, a common thing nowadays is that it contains some animal protein. In each region the preparation is done with a particular style, based on local ingredients and customs.
Its origin comes from the times of war and postwar, in which potatoes were the primary means of sustenance for people and despite the passage of the years, the recipe has lasted over time, being one of the most popular dishes in Spanish homes. While its name is poor potatoes, the last thing it has in flavour is poverty, as it is a delicious meal that when also served as a “tapa”, it is greatly appreciated.

The Plato Alpujarreno includes the most characteristic and traditional products of the Alpujarra of Almeria: poor potatoes with fried eggs, “lomo de orza”, black pudding, “longaniza” and “jamón serrano” of the Alpujarra. This is a traditional dish of the area and depending on the place, it will have some variations, but what will not change is its delicious taste.

This is one of the most popular dishes in the area and is much appreciated by locals and tourists who have the pleasure of trying it.

This is one of the most popular appetisers at home and is on the “tapas” list of almost all the bars in Almeria: It is a simple recipe that as its name indicates, contains pork, tomato, garlic, onion, pepper, nutmeg and oil, resulting in a kind of stew.

There are many different ways to make it, as is often the case with popular dishes. It is a very popular dish throughout Andalusia. 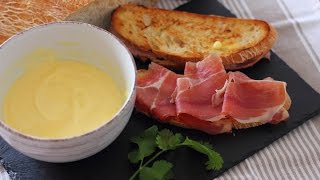 It is the most famous and symbolic tapa of Almeria, so finding it outside the province is unlikely, since it is a traditional indigenous dish.

In some places they call it “chérica”, and in other places “chérigan”.

The first is its original name, which is presumed to be due to the nickname of the manager of “Parrilla Colón”, a tapas bar opened in the 1950s and where it was created.
Basically it is a thin slice of bread, often flattened, toasted and smeared with a layer of “alioli”, then topped with cooked ham, tuna, anchovies, smoked sausage ... anything that the chef can imagine.

Although at the moment the name “chérica” is applied to any tapa whose base is a slice of bread, the originals are of cooked ham, tuna or anchovy placed on a layer of “alioli”, with a base of toasted bread.