As its name suggests, Almeria Soup is a typical dish of this region, which is characterised by being a delicious broth of different seafoods seasoned with vegetables. It is a dish very commonly served during the winter to warm the body up.

The preparation requires some time and effort, but the end result makes everything worthwhile. Everyone gives their personal touch in its preparation by adding different ingredients. It is a dish with Arab influences. 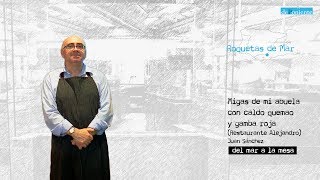 One of the most irresistible dishes from the gastronomy of Almeria is the "caldo quemao", which consists of combining the best choices of the sea and the land. It is a dish that will delight the palate of anyone who tries it, because the mixture of flavours creates an incomparable sensation.

To prepare caldo quemao you will need: red pepper “choriceros”, roasted green peppers, fresh sardines, potatoes, tomatoes, onions and other ingredients to enhance the taste of this dish which is also very simple to prepare.
Usually, caldo quemao is served with the traditional "migas de mi abuela", which is another typical food of this region.

The “Gazpacho cortijero” is a recipe that reigns in the province of Almeria, with cucumber as its primary ingredient. This not only gives an exquisite flavour to the food, but it is also is of great benefit to preserve one's good health.

This is a cold soup that dates back many years and was created in the less favoured areas of the Mediterranean. Garlic, almonds, bread crumbs, eggs and cucumbers, among other ingredients, are used for its preparation. It is very simple to make and is usually served with croutons and grapes without skins or seeds. 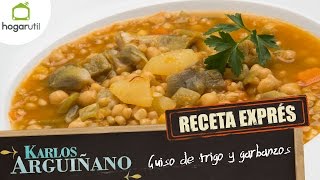 Wheat pot is a very popular dish of Andalusian origin, which is made with wheat, chickpeas, different meats and fennel. It tends to be prepared during the winter and is served hot. Wheat is one of the most consumed ingredients worldwide and undoubtedly, is the key to savour the delight of this dish.

Usually the meat that is used is pig's trotters, but some people also add bacon and blood sausage: This increases the flavour of the dish and makes it stronger, however, this will depend on everyone's personal taste. 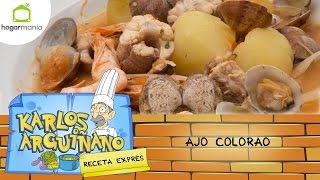 This is a very traditional dish from the southeast of Almeria that is made with mashed potatoes, or “manajas”, dried peppers, cod and shredded tomato. It is usually served and accompanied with fried corn buns and roasted paprika strips. In the past it was a very common dish prepared by fishermen's wives.

It is characterised by being very healthy as it has low fat and a significant amount of nutrients, proteins and minerals that are of great help for health. It is ideal for treating problems of excess weight, anemia and cardiovascular diseases.

This tapa is prepared with peppers, onions, eggplant, garlic, tomatoes and other condiments to enhance the flavour of everything. 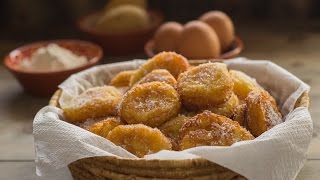 This is a very typical sweet of Almeria that is usually consumed during Holy Week.

They are fluffy spongy buns very similar to the “buñuelos de viento”, which are served accompanied with hot chocolate or any other ingredient that you prefer.

The “papaviejos” are prepared with potatoes, eggs, flour, yeast, cinnamon and milk, adding a little sugar and lemon zest to give them that sweet and special touch.
To fry them you must use plenty of oil, but when serving them it is recommended to use absorbent paper to remove all the excess.