Halloween is a celebration of pagan origin that takes place every year on the night of October 31, its name being a contraction of the expression "All Hallow's Eve" or "Eve of All Saints". The celebration takes place exactly one day before the first of November, the day on which the Catholic Church celebrates All Saints' Day.

There are several versions regarding the origin of this festival and it seems that there is no absolute truth, so Halloween is more the product of a mixture of celebrations that took place on that date in different cultures and beliefs, until it acquired the traditional format of the party we know today. 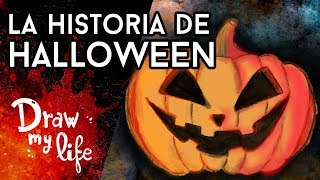 For some, the roots of this celebration can be found in the Celtic festival "Samhaim" that venerates the end of summer. In Ireland it is held at the end of the harvest season, marking the beginning of the Celtic new year coming together with the autumn solstice.

It was believed that during that night, the spirits of the dead came out of their graves and walked among the living, and therefore sacred rituals were performed that sought to communicate with the deceased. Candles were placed in the windows and doors to help the dead to find their way.

Without rejecting the Celtic roots of the celebration, others find the origin of Halloween in the Roman “Feralia” festival, which is dedicated to rest and peace of the dead in which sacrifices and prayers were made to the pagan gods.

Farewell of the harvest

The druids or Celtic priests had the belief that on the night of October 31 their powers increased, where they could divine the future and dissolve the boundaries between the world of the living and the world of the deceased. They believed that witches had greater vitality at that time and even that ghosts could take living beings with them.

That is why on the night of "Samhain", Celtic sorcerers prepared bonfires and spells to ward off evil spirits, while people placed sweets and food at the doors of their houses, trying to please the ghosts of the dead so that they would leave happy and not commit any of the cruel atrocities that were attributed to them.

Later Christianity came to the Celtic peoples, and with it the efforts of the Catholic Church to make the pagan festivals disappear, among them "Samhain", since they were considered Satanic. Despite this, the celebration did not disappear, but it became the day of the eve of all the saints; "All Hallows Eve", now known as Halloween.

Later, in the middle of the 18th century, Irish migration to America began along with its traditions, customs and Halloween.

This was reinforced by the second wave of Celtic migration to the United States at the end of the 19th century, and this is when the Halloween party got mixed with Indian beliefs, including the telling of ghost stories, the playing of pranks or jokes and the allegorical costumes worn by people for the celebration.

With the passing of the years Halloween has become a fun night, surrounded by a certain air of mystery and terror, in which people often disguise themselves as witches, goblins, ghosts and mummies. Candies are requested from door to door with the popular expression "Trick or treat!"

Did you know that the Indalo is the symbol of Almeria?