Velez-Rubio is part of the great tourist attractions that Almeria has. It has a wide and fascinating gastronomy, interesting landscapes and a particular history that make it ideal to visit at any time of the year.

When did the history of Velez-Rubio begin? More than 30,000 years ago! From that moment, thousands and thousands of stories have been created that can be heard through its streets when you are accompanied by a tour guide.

Discover our 10 reasons to visit Velez-Rubio. 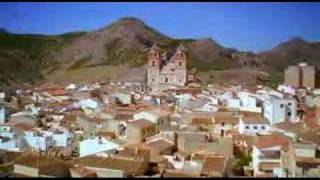 1. History: This was one of the small villages of Almeria in which the Arabs settled. There are records from the 16th century that confirm this. It began as a small town but expanded two centuries later, when they began to build streets, long roads and large buildings to become a true social nucleus. These buildings still exist today and are part of its great tourist attraction.

2. Holy Week: It is one of the great events that attracts tourists from all over the world to this municipality of Almeria, enjoying the various cultural and religious events organised by the four brotherhoods involved. In 2004 it was declared a National Tourist Interest Festival of Andalusia.

3. Gastronomy: This region of northern Almeria has traditional dishes that have been praised by their own people and visitors, among them, rice with turkey that is made at Christmas. There are also “Tajas”, composed of fried peppers, bacon, liver, sausages and grapes, among other ingredients.

It is a varied diet in which stews and dishes rich in calories predominate to help withstand the low temperatures of winter. Homemade bread cooked in a wood-fired oven is delicious, so if you are offered some, do not miss the chance to taste it.

4. The slaughter: Although we have already talked about gastronomy, this one deserves a special mention because the sausages and hams of Los Velez have a great reputation. Blood sausages, Sausages, “Blanquillos” and “Rellenos” are just some of what the visitors ask for.

5. Our Lady of the Incarnation Church: This church is located at the highest point of Velez-Rubio, so you can see it from anywhere in the town. It is an example of the evolution of the end of the baroque period; a style that prevails in the enclosure.
6. Miguel Guirao Perez Ethnographic Museum: This museum belonged to the Guirao family, who opened the doors of their home to exhibit their collection of thousands of pieces that came from archaeological museums. Everything is arranged chronologically.

7. Convent of the Immaculate: Another of the tourist attractions of Velez-Rubio is this convent dating from the 17th century. It has a quite an unusual history since it used to be barracks for the French troops during the War of the Independence, after which time a settlement for the Claretian nuns was established. On its facade the sculptures of Saint Anthony, the Virgin Mary and Jesus of Nazareth are depicted.

8. Architecture: If you love architecture, in Velez-Rubio you will find fascinating stylistic differences that create a harmonic ensemble in which the balance of the structures and the emptiness coexist harmoniously. There is a predominance of balconies and cornices with protruding eaves, among others, that make this town a really interesting site.

9. Tranquility: If you are a lover of rural landscapes and want to get away from the traffic and the hustle and bustle of the cities, you can have a well earned breather in Velez-Rubio.

10. Friendliness of the people: In Velez-Rubio the people are very kind, friendly and they attend to the tourists with much dedication. They are very hospitable people and like to share, making everyone feel like they are at home.
Los Velez Travel Guide