Picture: Wikimedia Commons
Life had two gifts for Jose Fernandez Torres: received the artistic name of “Tomatito” and being a guitarist. When he was born in the city of Almeria, in the neighbourhood of Pescaderia, on August 20, 1958, his father, a musician named “Tomate”, and his grandfather, known as Miguel Tomate, both renowned music lovers, welcomed him with the chords and playing of the guitar.

From them came “Tomatito” and his musical ear. He was in charge of developing the dexterity and ability to play the guitar.

Tomatito, always with the greats

At the age of 15, in 1970, he already stood out in the “tablaos” of Malaga. In one of them, he met Jose Monje Cruz, the famous Camaron de la Isla, considered the best contemporary flamenco singer and one of the most important figures in flamenco.

Camaron, impressed by Tomatito's interpretive quality, invited the boy to accompany him when the no-less-famous Paco de Lucia could no longer do so given his other commitments. 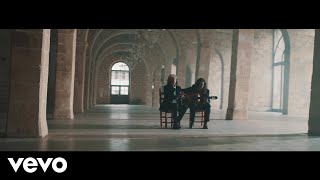 This relationship lasted 18 years, the last in Camaron's life. With him, Tamatito recorded discs. They also participated as a duo in recitals, flamenco festivals in Spain and international presentations in Montreaux, Switzerland and New York.

At the same time, he performed as a soloist in the El Giraldillo del Toque contest at the III Biennial of Flamenco Art in Seville in 1984. In Madrid, he participated in the Cumbre Flamenca festivals at the Alcala Palace Theatre in 1985, at the V Madrid Jazz Festival in 1986 and at Veranos de la Villa in 1991.
It should be noted that since the beginning of his artistic career, Tomatito has been linked to the Peña Flamenca El Taranto de Almeria, participating in countless activities and accompanying dancers and singers. This Peña awarded him the Taranto de Oro in 1985 and the Lucas Lopez Award in 1988. 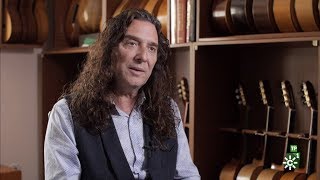 After Camaron's death in 1992, and already with a prominent and prestigious position as a flamenco guitarist, Tomatito performed as a soloist in Barcelona, Valencia, Granada, Cordoba and, on several occasions, Madrid. He produced masterpieces like La Leyenda del Tiempo and Calle Real.

He also attended festivals and tours abroad: Istanbul, Lyon, Japan, France, Switzerland and Germany, among many others. In Spain, he accompanied the concerts of Elton John and Frank Sinatra, as well as the group Mecano and Carlos Cano.
He recorded as a soloist Rosas del Amor in 1987 and Barrio Negro in 1991 and presented Guitarra Gitana concerts in several cities in Spain.

He has worked with the great figures of flamenco such as Enrique Morente, Jose Merce and Vicente Soto and collaborates with El Kalifa, Michel Camilo, Luis Salinas, Lucho Gonzalez, Pansequito and Romeo Santos, among others.

He has also developed an intense activity in which he proves his broad vision and fidelity to flamenco, exploring other musical genres of Latin American folklore and jazz, to which he has devoted so much attention.

He is a five-time Latin Grammy winner and a regular visitor to 38 cities in various countries. Tomatito, today, is recognized as one of the greatest exponents of flamenco and a source of pride for the city of Almeria.