The Levante of Almeria

Spain is a country with valuable tourist treasures, and one of them is the Levante Almeriense region, one of the favourite destinations for tourists, thanks to its coves and pristine beaches.

For lovers of sun and sand this is the ideal place, because a wide range of hotels has been established in which to rest and enjoy the wonderful climate.

In the Levante of Almeria you can also enjoy various water activities, such as sport fishing and diving, among others.

In the Levante of Almeria there are a total of 13 localities:

This area has a geographical area of 100 square kilometres and is on the banks of the Antas river, where cultivation and mining are carried out. In this municipality there are the remains of a number of prehistoric sites: The first settlements of Antas are from the Paleolithic era.

The history of Bedar, municipality of 46 square kilometres, dates back to the Middle Ages. It is also characterised by a great boom in mining operations, as it is one of the few villages of the Levante of Almeria where there are still constructions made with thermo-clay; a material that was used in the past to build houses.

On the 1st of June, 1813, Carboneras became an independent municipality and it extends along 17 kilometres of beach. The places most frequented by tourists are Los Barquicos Beach, El Ancon Beach and Las Marinicas Beach. 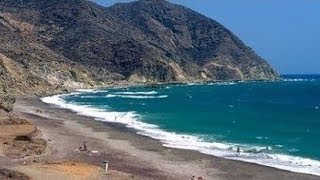 Pulpi, in addition to being popular for its tourism, is identified as being an area of agricultural and livestock activities. It has a coast with attractive beaches and coves, among which are San Juan de los Terreros Beaches and Los Cocedores Beach.

Cuevas del Almanzora is an extensive municipality of 263 square kilometres and is located on the banks of the river bearing the same name. It attracts a large number of tourists for its cultural attractions such as museums, churches, castles and archaeological sites.

Los Gallardos is a village of 35.1 square kilometres in which agriculture predominates. It is famous for the celebrations of its inhabitants in the square. Garrucha is known for being a fishing, commercial and tourist centre. Among the beaches of the municipality of Garrucha is the Escobetas Beach, which extends for more than 1,300 metres.

Huercal-Overa is the most populous and most extensive municipality of the Levante of Almeria with approximately 19 thousand inhabitants and covers 318 square kilometres. This area is characterised by agriculture and livestock activities. Its unique and historic castles and churches draw many enthusiastic visitors.

In this municipality of the Levante of Almeria the virgin beaches of volcanic origin are extremely popular with visitors, so for that reason the majority of its inhabitants are dedicated to the development of the tourist sector. With an area of 72 square kilometres, it is a great attraction to tourists thanks to its natural landscapes. Mojacar is a true paradise.

The population of Sorbas is characterised by its craftsmanship in ceramics. It covers an area of 249 square kilometres and contains important monuments that attract many tourists. In addition you can enjoy its viewpoints like “Casas Colgantes” and the “Afa”. Also frequently visited are the famous Caves of Sorbas. 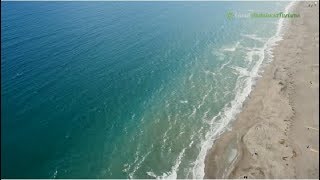 Lubrin is a typical locality of the region that allows the development of agriculture and livestock.

Turre is also characterised by being an agricultural municipality and in recent years it has promoted tourism, in addition to good gastronomic cuisine.

Vera is a municipality that stands out for its tourist attractions, among which are its coastal strip and the wide variety of cultural interests in the location.

As you can see, the area of Levante of Almeria offers many wonderful choices for visitors to explore. Without a doubt, no visitor will be able to leave without enjoying the beautiful Mediterranean water, the delicious gastronomic offerings and the incredible cultural jewels of the area.
Levante Almeriense Travel Guide