Berja, the town of a thousand fountains

It has approximately 15,000 inhabitants and has a population density of 67.21 inhabitants per square kilometre. 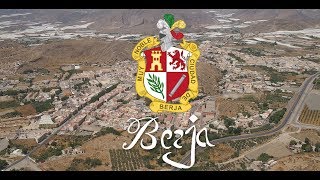 The municipality of Berja is characterised by its endless springs, which enabled many towns to settle in their surroundings, forming the neighbourhoods that now make up the municipality.

It is a privileged territory because of its water resource. It is also privileged for its Mediterranean climate that is softened by being surrounded by mountains.

In summer the heat is quite bearable, given its proximity to the sea.

It is said that it is sunny every day of the year and the rains are usually quite infrequent, which fall mainly in spring and autumn. We can also appreciate snow in the winter season over the Sierra de Gador.

In short, Berja has the ideal conditions to visit there and enjoy some great holiday moments.

Beneji: It is very close to the "Cerro del Plomo” and the Archaeological site of Villa Vieja. It was created around the Rayhana fountain.

Alcaudique: It was established near the fountain that bears the same name. According to historical records, it dates back to the Roman “Caput Aquae” and the “Al Quibdique” of Muslim origin.

Castala: This neighbourhood was established near to the fountain that has the same name and the El Santo Fountain. It originates from the Roman “Castela”.

Peñarrodada: Some consider its origin uncertain. On the one hand, they claim that it derives from the transformation of the term “Peña Horadada”; while on the other hand, it is said to come from the Muslim “Ordia”; a Moorish village of the first half of the 17th century. It is the only neighbourhood that lacks its own water source.

Rio Chico: It is one of the largest neighbourhoods which is scattered along the small riverbed. The old farmhouses of Jebecin, Jenobrean, Moales and Alcolos, are located there.

There are also other neighbourhoods such as Rio Grande, Chiran, Hirmes, San Roque and Los Cerrillos, that have also been established near a water source.

1.- Heritage and monuments: One of the famous places in Berja is, without a doubt, the Church of the Annunciation, which was built on an Arab mosque in 1501. The earthquake of 1804 completely destroyed the temple, and in that year a new building was erected in the best neoclassical style. This monument has two bell towers and two large columns right at the entrance. Inside you can see two rows of columns that separate three naves.

You can also visit the Town Hall, which originated in the 19th century and the Abastos Square, created in 1858. In addition, you can go to the Enciso Tower, built in the 16th century to defend against Moorish attacks. 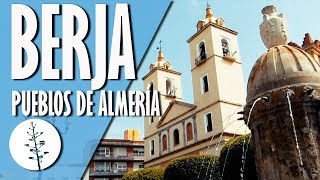 2.- Archaeological remains: The Hispanic-Muslim Baths of Beneji and the Alcazaba of Villavieja, near which are the remains of an ancient Roman amphitheatre (dating from the 1st century), represent spectacular places that you cannot miss.

4.- Natural spaces: Some of the great attractions of this area are the natural spaces it offers, where you can appreciate the spectacular nature of the flora and fauna. The Marbella Fountains, the Castala Recreation Area and the Beninar Swamp are highly recommended.
Berja Travel Guide