This is a region full of villages that has acquired countless stories and attracts the attention of millions of tourists from all over the world. This area is also called the "Plastic Sea", since it is covered by greenhouses and is considered the "orchard of Europe".

The Poniente of Almeria is the economic engine of the region thanks to its agriculture. This zone is formed of ten municipalities which can be found throughout the Mediterranean coast: Roquetas de Mar, Vicar, La Mojonera, Balanegra, El Ejido, Adra, Dalias, Berja, Enix and Felix. The last four municipalities mentioned appear in some catalogues as part of the Alpujarra of Almeria region, due to its location in the Sierra de Gador.

What makes this place different? Its combination of millennia of traditional history, with the technology of this modern globalised world. 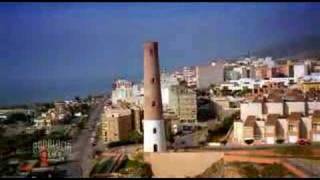 On this coastline stands the Adra municipality, whose economy is focused on fishing and where you can enjoy the goodness of nature, such as the singing of the birds on the coast.

Another aspect of the economic importance of this municipality is its sugar industry and the lead metallurgical sector. In addition, Adra is considered an important ecological corner, thanks to its high environmental quality that benefits not only this municipality, but its neighbours.

Its fauna and flora are also famous and attract not only curious national and international tourists, but also experts in the area of environmental studies.

Between the Sierra de Gador and the Mediterranean Sea is the municipality of El Ejido; the ancient Roman city of Murgis. It is famous for turning arid lands into one of the most fertile and productive areas of the whole continent, so it is considered a kind of miracle among the inhabitants. 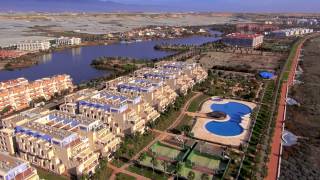 In El Ejido you can find the small fishing village called Balerma, where fishermen live on the shores of the Mediterranean, and they will provide plenty of tales and legends of former pirates.

El Ejido also represents a great tourist venue for those who want to get away from the city and enjoy a beautiful landscape with the intense blue of the sea, coastal breeze, and the singing of waterfowl. It also has golf courses and avenues filled with palm trees that connect with one of the most magnificent ports in Europe; the port of Almerimar.

With almost 3,000 hours of sunshine a year, El Ejido is recognised for its reliable sunny climate throughout the year, so it is a genuine attraction for lovers of this coastal location. In addition, it incorporates the “Cañada de Las Norias” and the Punta Entinas-Sabinar Natural Park, located between the municipalities of El Ejido and Roquetas de Mar.

Another of the outstanding villages of this region is Berja, which is characterised by its mining operations. In the 19th century, the cultivation of grapes emerged as an economic source, which enabled the local people to export to other countries very easily, thanks to the development of the port of Almeria. Then in the 80s, greenhouses were established, which at present is the main activity that sustains the population.

In antiquity, two civilizations passed through this municipality: the Phoenicians and Romans, who took advantage of the resources of the area, which were later used by the Arabs. There is certain evidence of the presence of Phoenicians in the municipality.

In Roman times Roquetas de Mar received the name of Turaniana, where large quantities of salt were extracted from the zone. Such was the importance of the Roman salt pans that large fishing industries developed, and the "garum" was exported to Rome.