Sorbas and its hanging houses

Sorbas is a municipality in the province of Almeria known as "Cuenca la Chica", due to the houses that hang over the Afa Ravine, and remind us of the city of “La Mancha”.

The word “Sorbas” already appears in maps of the 11th century and has an Arabic origin. Its translation to Spanish could be something like "sand pot", although there are some who assure us that the name could derive from the Roman term "Serva" or "Servula", which means "Servant City". 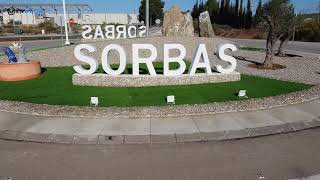 In Sorbas we can find lookouts from where you have a spectacular view of the hanging houses.

This beautiful panorama will surely make you fall in love with the area and make Sorbas an ideal destination every time you visit Almeria.

Another of its great attractions is the Church of Saint Mary, which is located in Constitution Square. Here you can also find the House of the Duke of Alba and the Town Hall.

One curious comment is that its inhabitants are known as "chorreones", despite the fact that their real name is "sorbeños". They are called that because of the sewage pipes that reached the Afa Ravine.

Sorbas is characterised by its beautiful monuments that provide a good account of its history. Here are some of them:

Church of Saint Mary. It presents different styles in terms of its architecture, which is typical of Almeria. It was built in the same place where a mosque was once located.

Town Hall. It is one of the two buildings that make up the City Council, next to the "Casa de la Camara Agraria". It was built in 1893 and has two floors.

House of the Duke of Alba. We can find it in Constitution Square, next to the Town Hall and the Church. Its style is neoclassical and it was built in the 18th century. This palace belonged to the Dukes of Alba.

Saint Roque Hermitage. Its construction dates from the end of the 18th century and the beginning of the 19th century. It is a very simple temple, with hardly any decoration.

Our Lady of Fatima Hermitage. It is a small hermitage located just below the Afa Ravine. Every May 13th there is a mass and a procession with an image of the Virgin of Fatima.

Arab Oven. It is the only Arab oven that is still preserved, although in the past it is believed that there were more than thirty, given the number of families in the area that were dedicated to pottery. At present, this furnace is still active and continues to fulfill its function: the cooking of clay pieces.

There are many places of interest that we can find in Sorbas. Do not miss a visit there so you can enjoy its many attractions.

2.- We also have the "Karst in Yesos of Sorbas", which is one of the most spectacular natural areas in Almeria, together with the Tabernas Desert and the Cabo de Gata-Nijar Natural Park. 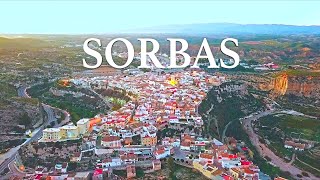 3.- Another great attraction is the Sorbas Pottery, where they keep preserved ovens which are still in use.

4.- Regarding the festivities, we can highlight Holy Week, where processions are held from Good Friday until Easter Sunday. The Sanint Roque festivities take place every August 16th, where queens and ladies are elected and fun festivals are held in Constitution Square.
Levante Almeriense Travel Guide