The Metropolitan region of Almeria, in addition to the city of Almeria, includes the municipalities of Nijar, Huercal de Almeria, Viator, Benahadux, Pechina, Gador, Rioja and Santa Fe de Mondujar.

The economic and tourist centre of the region is, of course, the beautiful city of Almeria, capital of the region and the province of the same name.

Almeria has had more than a thousand years of history since it was founded as a city under this name, although previously its area served as a base for other ancient settlements.

The city accommodates 75% of the population of the region, to the south it has its coasts along the Mediterranean sea, and is served by its port; an important source of work and communication. 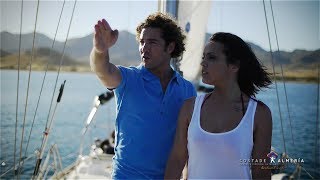 You cannot miss sites as emblematic of the city of Almeria as its formidable Alcazaba fortress, the English Cable or the Purchena Gate. It is a square located in the centre of the city in which was previously located the “Pechina Gate”, whose name was modified in error by the Catholic Kings who, when transcribing it , confused “Pechina” with “Purchena”, which are both in Almeria.

This door disappeared in 1855 when the wall that protected the city was demolished and in its place was constructed the current structure with the same name.

The original Pechina Gate was the entrance to the city and at present it is one of the areas of great tourist interest in the locality, receiving a considerable number of visitors who come to see it, as well as various kinds of commercial activity.

In front of the Purchena Gate there is an emblematic building known as the House of the Butterflies, which is a symbol of bourgeois architecture from the first half of the 20th century.

Just like the rest of the province, the metropolitan area balances its Muslim history with the current diversity and cosmopolitan life in this important city. It is a balance that is evidenced in the postmodern building of the Museum of Almeria, while in the interior is a vast collection of ancient archaeological remains that highlight the famous Muslim tombstones.

When visiting Almeria, music fans cannot miss the Museum of the Guitar, which has rooms dedicated to the craft of luthier, with the history of the guitar, and its interactive rooms that detail the types of guitars and guitarists. It also has spaces for concerts and presentations by real experts.

Obviously, the culinary tradition of Southern Spain is fundamental to its population, and is also evident in the small but fascinating Olive Oil Museum.

Getting away from the hustle and bustle of the city, just 30 minutes from the capital, we enter the Cabo de Gata-Nijar Natural Park, which covers more than half the coast of the region with almost 50 km of cliff coast that overlooks its ecosystems majestically, full of unspoiled beaches and unforgettable landscapes.

The Cabo de Gata-Nijar Natural Park reaches through all of the municipalities of Carboneras and Nijar, and part of Almeria. The natural park also includes a very small part of the municipality of Sorbas, although almost most of time, it is not usually mentioned. 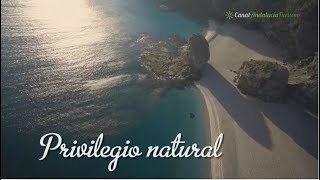 The Natural Park has a growing range of hostels and rural lodgings that are characterised by their sympathetic design and respect for the area, with a wide variety of activities that will put you in direct contact with nature.

Horseback riding, cycling, hiking or Mediterranean activities such as paddle surfing, windsurfing, kayaks ... that will bring you closer to the calm Mediterranean waters.

If you want to go further, you can also go scuba diving and snorkelling.

In addition, the Natural Park not only offers nature based recreation activities but also fully conserves the history of Almeria, for example in the so-called "Route of the Pirates", you can explore and enter the castles, forts and towers that are testament to the complex and exciting stages in the region's history.

In the village of Rodalquilar in the municipality of Nijar is an abandoned mining complex known as the Rodalquilar´s gold mines.

Between the years 1864 and 1966, the extraction of gold was carried out in these mines operated throughout its history by public and private companies. Apart from gold; kaolin, silver, lead, andesite and amethysts, were also extracted from the mines. Although its history is older than you would think, during the Muslim occupation, mining activity in the sector ceased until it was rediscovered in 1864.

The Rodalquilar´s gold mines complex is worth visiting for several reasons: 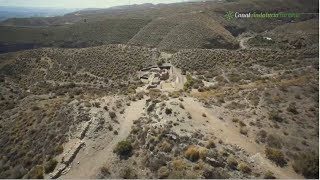 The archaeological enclave of The Millares in Santa Fe de Mondujar is one of the historical jewels of the province of Almeria.

In addition to being the most important Copper Age deposit in all of Europe, it is perfectly preserved to fulfill informational and tourist services.

Open every morning from Wednesday to Sunday, the enclosure that houses this millenary culture offers its visitors the possibility of a journey through time.

The Millares has a visitors' service arranged by appointment, during which you can enjoy the magnificence of this civilisation's remains that have survived from between 3,200 and 2,200 BC, where the people developed a splendid agricultural society and were pioneers in the introduction of copper metallurgy in the western Mediterranean.

Whether you are looking for tranquility, culture or adventure, Almeria has this and much more to offer!