To the northeast of the province of Almeria, 97 kilometres from its capital, is Cuevas del Almanzora; an important town in Almeria where semidesert and arid lands prevail.

Given its proximity to the sea, it became an important epicentre of Almeria's economy and commerce for many years. It also enjoyed great success in its mining boom; an activity that developed with great intensity in the Sierra Almagrera, which has left an indelible mark on the landscape and its history.

The stability of the area's temperature throughout the year plays an important role. We can also add that the rains occur mostly between the months of October and April, with an average of 22 millimetres per year.

However, the rains can sometimes be torrential, generating dangerous floods from the Almanzora river. The last great overflow of the river occurred in 1973, causing great havoc among the population, and completely flooding crops and homes. 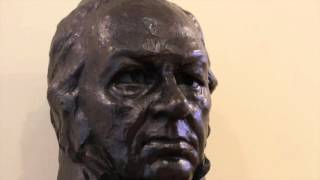 This event led to the construction of a dam and a channel system to maintain control of the river flow during the rainy season. However, it is never wise to be complacent, so despite these constructions, residents are still alert during times of increased rainfall.

Regarding the elevated formations that characterise this area, it is important to highlight Sierra de Almagro, Sierra de los Pinos and Sierra Almagrera as outstanding features of this important Almeria location.

In addition, the Almanzora river is regarded as a real treasure, capable of giving life and improving the conditions of the population.

There are many places of tourist interest that we can visit throughout the year. One of them is the Marquis of Los Velez Castle, which is undoubtedly an icon of the city. It was built as a defensive bulwark in the 16th century by the first Marquis of Los Velez, Don Pedro Fajardo.

The Church of Our Lady of the Incarnation is another place that is a must visit in Cuevas del Almanzora. This great work of the 18th century was declared a National Artistic Historical Monument in 1983.

The museums also give a good account of the spectacular history and culture of the region, and among them we can highlight: the Antonio Manuel Campoy Museum of Contemporary Art, the Cave Museum, the Goya Hall and the Fuente Alamo Archaeological Museum, a prehistoric site that shows the past culture of “El Argar”.