Seron is known for many things: one of them is its ham.

Many gastronomic tourists travel to this municipality of Almeria just to taste the various sausages that have managed to maintain their flavour and tradition over the years.

Seron is located just 86 kilometres from Almeria. It is easily accessible and offers infinite experiences to anyone who visits it. 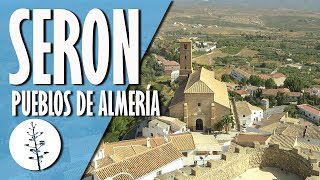 Find out 10 reasons to visit Seron, a municipality that was formed by Nasrids:

1. History: Seron was a defensive fortress that played a decisive role during the Moorish Wars that were carried out in the 16th century in Spain, because it was the western door of the Kingdom of Granada to the Almanzora Valley. This influenced its gastronomy, its people's way of life and even the structure of its streets.

2. Structure / Architecture: Seron presents a very unique structure of narrow streets that lead to its highest part where the Nasrid Castle is located. The way in which the houses are arranged recreates a beautiful and picturesque landscape, ideal to immortalise in photos.

3. Gastronomy: At this point we could extend and write a whole post about this, but we will be more precise: Seron is a must for its flavours. This village has an artisan tradition in producing sausages of various types, especially ham. The excellent quality of its produce is renowned throughout Europe.

4. Industrial heritage: It preserves an industrial heritage that was developed in the 20th century. In that municipality ferrous deposits were found that were the most important in Almeria, but at present it is now a tourist attraction.

5. Hiking trails: This is one of its great attractions. Seron has a wide network of trails that traverse areas of great beauty and in which you can contemplate some of the fauna of the region, as well as the flora and architectural features that still prevail. The viewpoints are really fascinating.

6. Artistic and Monumental Heritage: Seron is part of the Andalusian Historical Heritage that was promulgated in 2007, and which also includes other municipalities of Almeria. Therefore, Seron is a must see. 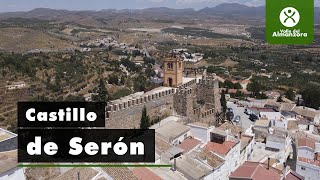 7. "Fuencaliente" and "Calera": In this hamlet abound the thermal spring baths, which have even served as the settings for various Spanish films because of their particular beauty.

8. Las Menas: This is part of what was its industrial heritage. It is an old mining town that sheltered its workers for more than a century. At the moment it is part of the route that tourists visit to discover a little more of the history of the municipality.

9. Wine Cellar of Seron: Many visitors find it by accident, but it is a place where you can enjoy very good quality wines. They are specialists in white wines, which are ideal to accompany fish dishes. The people who work there are certified professionals, so you can even receive a free class of how to grow and harvest the grapes. It is not always open, so you should check opening times before visiting.

10. The rural landscape: Seron is a pretty and quiet village. You can enjoy its beautiful streets and walk until late at night without any problems and its people are very friendly and hospitable. If you are in the mood to relax, you can even get the services of skilled chiropractors to eliminate all the stress that daily life in the big cities can cause.
Almanzora Valley Travel Guide