The celebration in honor of Saint Anton is celebrated in the month of January where fire is a main feature of the event. In El Ejido, the great bonfire of the “Poniente Almeriense” is staged.

The popular recreational day is marked by activities to celebrate the event and includes the tasting of typical barbecue dishes around the fire. 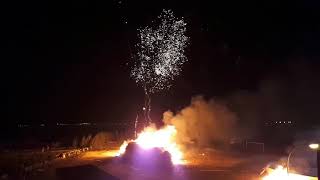 In February every year, the city of El Ejido dresses up to celebrate its Carnival, where the streets are filled with colorful, “chirigotas” and characters of all kinds with fun parades for the whole family.

Of special relevance are the traditional Wake in the Main Square and the Burial of the Sardine, which is carried in procession to the municipal park for burning. 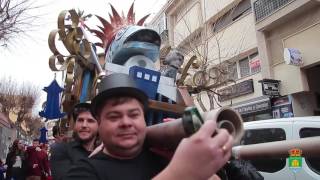 El Ejido celebrates its festivities in honor of Saint Mark in the last weekend of April; it is a festivity that is known for its popular chariot parade.

Other recreational activities take place in the town during the weekend. These include the Saint Mark Rock Festival, the traditional feast of beans, sports activities, horse riding demonstrations, bullfighting celebrations and the traditional Sunday morning. 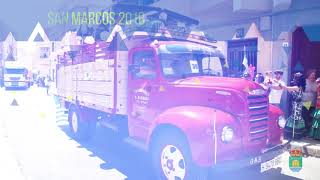 The Holy Week of El Ejido is one of the most important times in the province of Almeria. Despite the fact that the staging of procession activities is a fairly recent tradition, El Ejido lives with fervor the week of Passion.

The Week of Passion starts on the Friday of Dolores with the Via Crucis, and lasts until Good Friday with the procession of the “yacente” around the various parts of El Ejido.

This event brings everyone together: neighbors brotherhood groups, clubs, schools, and associations.

Every year the City Council holds a municipal contest for displays with the theme of the May Crosses.

The beaches of Balerma and Almerimar host the celebration of Saint John every June 23.

The day is celebrated with traditional bonfires along the coast, eating sardines and listening to live music.

The Saint Isidore Fair is celebrated on the last weekend of June and it is staged by the municipality of El Ejido in honor of its patron saint. Every year, El Ejido celebrates this festivity with its traditional "Battle of Flowers". It also includes chariot races that run through the main streets of the town and the proclamation that the start of the summer season celebration has begun. 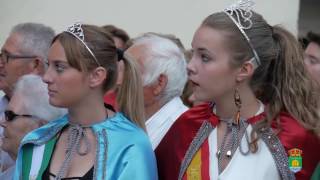 Other festivals of interest


Venta Carmona Festivities. On the second weekend of May every year, the neighborhood of Venta Carmona celebrates its festivities in honor of Saint Pancracio. There are gastronomic, religious and cultural activities for the whole family.

Matagorda Festivities. On the second weekend of June, Matagorda celebrates its patron saint festivities in honor of the Virgin of Guadalupe. It lasts a few days and endeavors to promote neighborly coexistence.

Santo Domingo Festivities. The neighborhood of Santo Domingo celebrates its patron saint festivities in honor of Saint Domingo of Guzman, with the traditional procession of the saint through its streets.

Las Norias Festivities. Las Norias celebrates the first half of July with festivities in honor of Saint Francis of Assisi, Saint Indalecio and the Virgin Mary. The event is enjoyed by neighbors and visitors with recreational activities of all kinds.

Virgen de las Mercedes Festival. In the second half of August, Balerma celebrates the festival of the Virgin of “Las Mercedes”, patroness of this coastal town, with its traditional mass and subsequent procession.   Video