Also known as the “Little Andalusian Ibiza”, Mojacar is one of the most beautiful towns in the province of Almeria. A few visitors decide to go to the magnificent corners of Mojacar every year because it has multiple offerings, distributed both in the town area and in the beach area. In addition, Mojacar is a town that emphasizes its lively nightlife.

Many of the activities in Mojacar are appropriate for the day, but when night falls, the visitor will have the opportunity to experience the town and the beach in a new light. The whole area lights up to offer a range of entertainment possibilities in this place that was passed from Celtics to Phoenicians to Greeks. 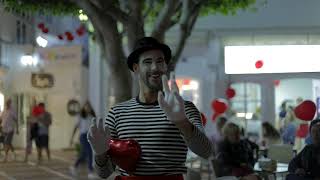 The nightlife in Mojacar runs between its white-painted facades, its flowers and the variety of bars and restaurants that have traditional and modern gastronomic offerings. They are spaces, both closed and outdoors, where visitors can try the best of the table in this corner of Almeria. These are very close to the square, a place guarded by the Parochial Church of Saint Mary. In addition, the visitor can walk through the square and see the famous Sculpture of the Mojaquera, made of white marble.
Discovering this beautiful town, with its streets illuminated and seated on hills, is one of the best options for visitors.

One occasion worth mentioning is the well-known Romantic Night of Mojacar, a tradition carried out at the end of June in which the street streets are adorned and illuminated with a special romantic theme. 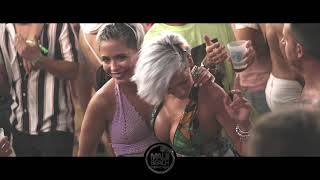 The area of the beach adds to the interesting aesthetics of the village.

On the coast of Mojacar you can visit various places where good food is guaranteed until late at night.

For the most daring, it is a true experience to visit the innumerable nightclubs located throughout its coast, which will delight the most partying.
These nightclubs specialize in providing the most impressive summer theme parties in the province of Almeria.