Almeria is a territory of impressive natural settings and towns that are recognised for their history and beauty. One of them is Abrucena, a small municipality located north of Sierra Nevada.

It is located in the region of Los Filabres-Tabernas, about 67 kilometres from the capital of the province. 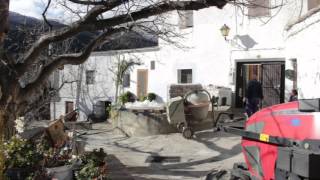 The inhabitants of Abrucena are people whose main activity is agriculture and livestock, which they develop mainly for their own subsistence. The most abundant crops in this area are almonds, cherries and olive trees.

The origin of the name of Abrucena has been unknown until now; however, a group of expert historians have come to the conclusion that it is a Latin term derived from "Apricius" or "Lauricius", which was a Roman military camp that settled in what is now the town.

This small municipality has also been known by several names: "Laurisana", which arose after the colonisation of the Arabs, although later, it became "Lauricena". Other place names such as "Uricena" and "Laurucena" also appear in some documents.

In the 17th century the name of Labrucena appears, which today is quite well known, like that of Abrucena, as it is legally called.

Just going to Abrucena is an invitation to visit historical sites, such as the ones described below:

The Castillejo. It is an Arab fortress built on the ruins of a Roman castle. It was part of the defensive constructions that were built between the provinces of Granada and Almeria. Belonging to the reign of Abd-Allah, it is currently in ruins.

Our Lady of the Annunciation Church. It was built on an Arab mosque, transforming the site into a Christian temple.

Saint Joseph Hermitage. It is located on the outskirts of Abrucena and inside, the glazed niche that contains the sculpture of Saint Joseph stands out.

Landscapes from another era 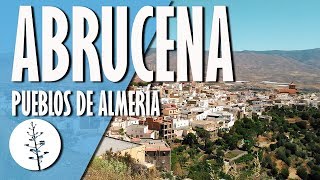 You will not stop enjoying the unique architecture of the towns in the region, as they all seem to be from another era.

There is also great natural scenery to contemplate. You must not miss the mountains, crystal clear waterfalls and ravines of the Sierra Nevada Natural Park.

And if you want to enjoy a day in the countryside, you have La Roza Recreation Area available.

Saint Anton bonfires. All bonfires are held on the 16th of January in the middle of the town and the youngest ones enjoy jumping over them. Around the fires, families gather to eat the typical “buñuelos” with chocolate.

Thursday “Lardero”. It's about spending a day in the country with family and friends. You can take a walk to La Roza Recreation Area where barbecues are held. It takes place on the Thursday before Ash Wednesday. Before nightfall you can return by walking to the town.

Candelaria Festival. These are celebrated every 2nd of February, and it is a party in which you can eat some typical cupcakes bathed in sugar glass.

Saint Joseph Festivity. After a mass, the saint is taken out in procession through the streets of the town. It takes place every March 19th.

Virgin of Carmel Festivities. The people celebrate the weekend closest to July 16th and they dine on different dishes prepared by themselves and their neighbours, who also enjoy the festivals and pilgrimages.

Summer Festivities. These are celebrated on the weekend after August 15th, coinciding with the first weekend of the Almeria´s Fair. They last for three days and in these festivals, dancing and orchestras provide the entertainment.

We can also recommend the Cavalcade of the Three Wise Men, the Corpus festivities and the Saint John festivals.
Filabres-Tabernas Travel Guide